THE HISTORY OF VALENTINE’S DAY… AND SOME BONUS TRIVIA 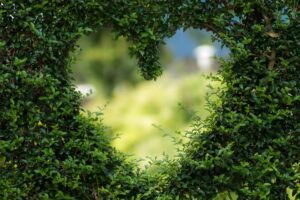 The history of Valentine’s Day. For as long as any of us can remember – even back to elementary school – Valentine’s Day has been a day to celebrate. But what are the origins of this February 14th holiday? Of course, there are many differing accounts regarding the legends and beginnings of this day of expressing love… and some are darker than others.

As a matter of fact, while we refer to February 14th as “Saint Valentine’s Day”, there are actually at least 3 different martyred saints in the Catholic tradition. Thus, One Valentine was a 3rd century Roman priest who didn’t agree with Emperor Claudius II’s belief that soldiers were better as single men. Therefore, his decree outlawed marriage and families for the male sex. In light of this, he became rebellious, and in secret, continued to marry young lovers. Hence,the emperor found out and bid this Valentine’s demise. Likewise, Terni, Italy’s Saint Valentine was a bishop. Indeed, many stand by him as the true source of February’s holiday of love. Similarly, he was also sentenced to death by Claudius II.

The History of Valentine’s day has some versions of having a Valentine being put to death for trying to help brutalize Christians. Who, actually were Roman prisoners fleeing from their captors. In fact, one legend even states that a man named Valentine, who was in jail sent the very first “valentine” letter. This letter was to a young girl he fell in love with. Signing it “from your valentine”. In particular, many have held the belief that the date of the holiday is to commemorate Valentine’s death in 270 A.D. Though the exact date is suspiciously close to a Pagan holiday.

Lupercalia was a festival of fertility. Celebrated just one day after what we know as Valentine’s Day. Actually, the celebration was 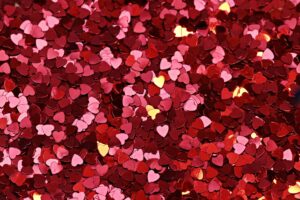 dedicated to the Roman god of agriculture (Faunus) and the founders of Rome (Romulus and Remus). Notably, the festival kicked off with the Luperci (Roman priests) gathering at the graves of Rome’s founders to sacrifice both a goat and a dog. Of course, these sacrifices were meant to represent fertility and purification. In this case, the poor goat’s hide was cut into strips, dipped in blood, and lightly whacked against women and the fields to help with fertility (in both cases). Thus, at the end of the 5th century, Pope Gelasius decided February 14th was Saint Valentine’s Day. Therefore, Lupercalia was declared “un-Christian”.

It wasn’t until the Middle Ages that February 14th would have an association with love. To clarify, France and England thought that this specific date was the kickoff of mating season for birds. Thus, associating with romance. Albeit, in 1375, Geoffrey Chaucer wrote (corrected for modern familiar spelling) “For this was sent on Saint Valentine’s Day… When every foul cometh to choose his mate.”

Of course, birds couldn’t write their romantic gestures, but after 1400, humans began to. For instance, the very first valentine message was written by Charles, Duke of Orleans, in 1415 to his wife. However, this was during his Tower of London imprisonment. Similarly, many years later, apparently King Henry V used John Lydgate, a writer for hire, to create a note of love to Catherine of Valois.

The history of Valentine’s day brings us Cupid. After all, we think of Cupid as a chubby-cheeked, scantily-clad cherub pointing love arrows at those who are meant to be together. But, Roman Gods of the same name comes from Greek myths. Specifically, Eros is the Greek god of love. Truly, poets describe him as a handsome eternal figure, not a diaper-clad, baby-faced youngin’. Be that as it may, his lineage is unclear, but his modus operandi is to shoot arrows. Hence, gold ones stimulate love, while hatred comes from those made of lead. For this reason, during the Hellenistic period, Eros became the Cupid we think of today. 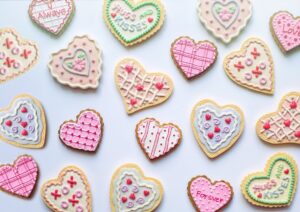 It was usual for small demonstrations of fondness to be exchanged by the mid-1700s. With this in mind, handwritten letters were switched to printed cards around 1900. Granted, thanks in part to printing technology evolving. In fact, during this time, emotions weren’t often spoken. And, in particular, actually, were often discouraged. So, pre-printed notes allowed lovers to share feelings in a safe way. For one thing, postage was inexpensive enough, and that also gave rise to sending sentiments through the mail.

In the United States, handmade valentines began circulating in the early 1700s. Therefore, Esther A. Howald, realizing the potential, began mass-producing valentines in the 1840s. Notably, using colorful pictures, ribbons, and lace in her creations.

1861: Richard Cadbury, son of John (the founder of Cadbury), thought packaging the company’s chocolates in fancy boxes would increase sales. So, he began creating heart-shaped boxes filled with the sweet treats and introduced them to the market. As a matter of fact, today, 36+ million are sold every year.

1902: In 1847, Oliver Chase, a pharmacist in Boston, invented a lozenge-making machine. In particular, evolving into the very first confectionery-creating contraption. With this in mind, he then founded Necco (New England Confectionery Company), and renovated lozenges into Necco wafers. Likewise, Daniel, Oliver’s brother, decided to start printing on the wafers in 1866. Thus, Necco was in the heart-shaped, sayings candy business by 1902. Therefore, introducing conversation hearts to the masses. Today, about 8 billion are produced every year.

1929: Unfortunately, not everyone was feeling the love this year. For example, the Saint Valentine’s Day Massacre in Chicago was a result of rival gangs fighting for control of the illegal liquor trade, thanks to Prohibition. As an illustration, four of Al Capone’s posse wore police uniforms and attacked some of “Bugs” Moran’s guys, killing 7.

2010: The TV show “Parks and Recreation” introduced Galentine’s Day. And since then, V-Day spending on friends has shot up from $737 million to $2.1 billion.

2020: US consumers spent $751.3 million on Valentine’s Day for their pets. For instance, dogs in 27.6 million homes received gifts. While only 17.1 million households treated their cats to some February 14th presents.

If you have questions The Kolb Team has answers! Contact us at info@www.thekolbteam.com or  480-809-5759 for all of your buying and selling needs.  The Kolb Team, Arizona’s active adult communities experts!

When it comes to quality of service The Kolb Team does more for you! To us you are more than a transaction. Who you are in business with matters.

Whether you are considering selling or buying a home in Sun Lakes, Arizona, knowledge and expertise are the two components to consider.

Take advantage of us! Follow us on social media for up to date information on Sun Lakes.